To celebrate Veganuary we are giving our Sponge club members an amazing 20% off our Vegan range, that means our cakes and brownies too. There are lots of yummy vegan goodies to choose from so you’ll be spoilt for choice this January. Whether you are looking to treat a friend who is vegan or requires a dairy free cake, or fancy trying out a vegan cake yourself this Veganuary. Now is the perfect time to buy yourself a vegan cake or brownie.

Here are the vegan goodies available for delivery straight to your home: 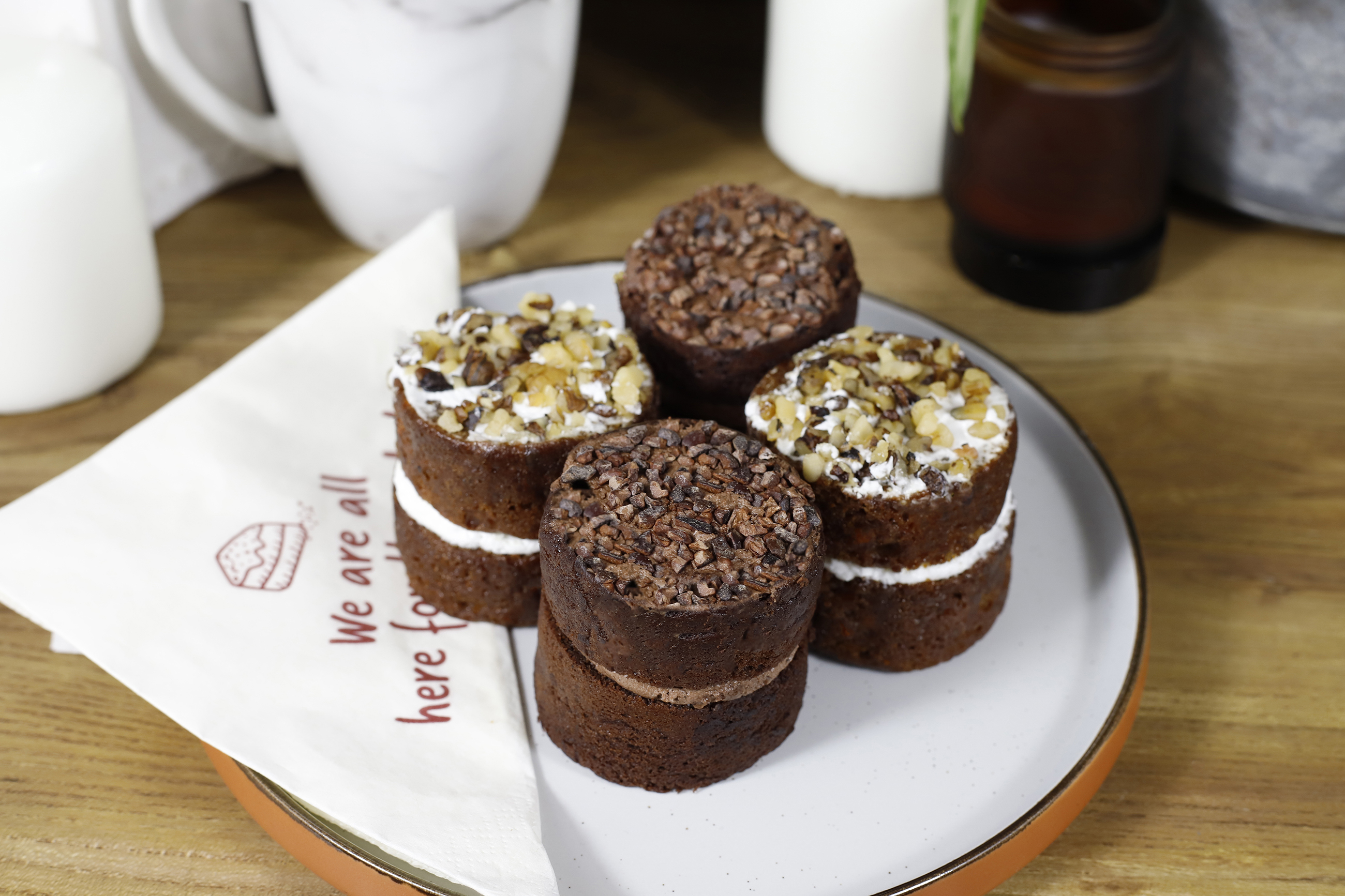 Vegan Baby Sponges - Our Vegan Baby Sponge Cakes box contains our two most popular vegan flavours in baby sponge form - Carrot and Chocolate! Come in boxes of 4 or 8. They come gift wrapped and with a personalised greetings card making them the perfect pressie for friends and loved ones. 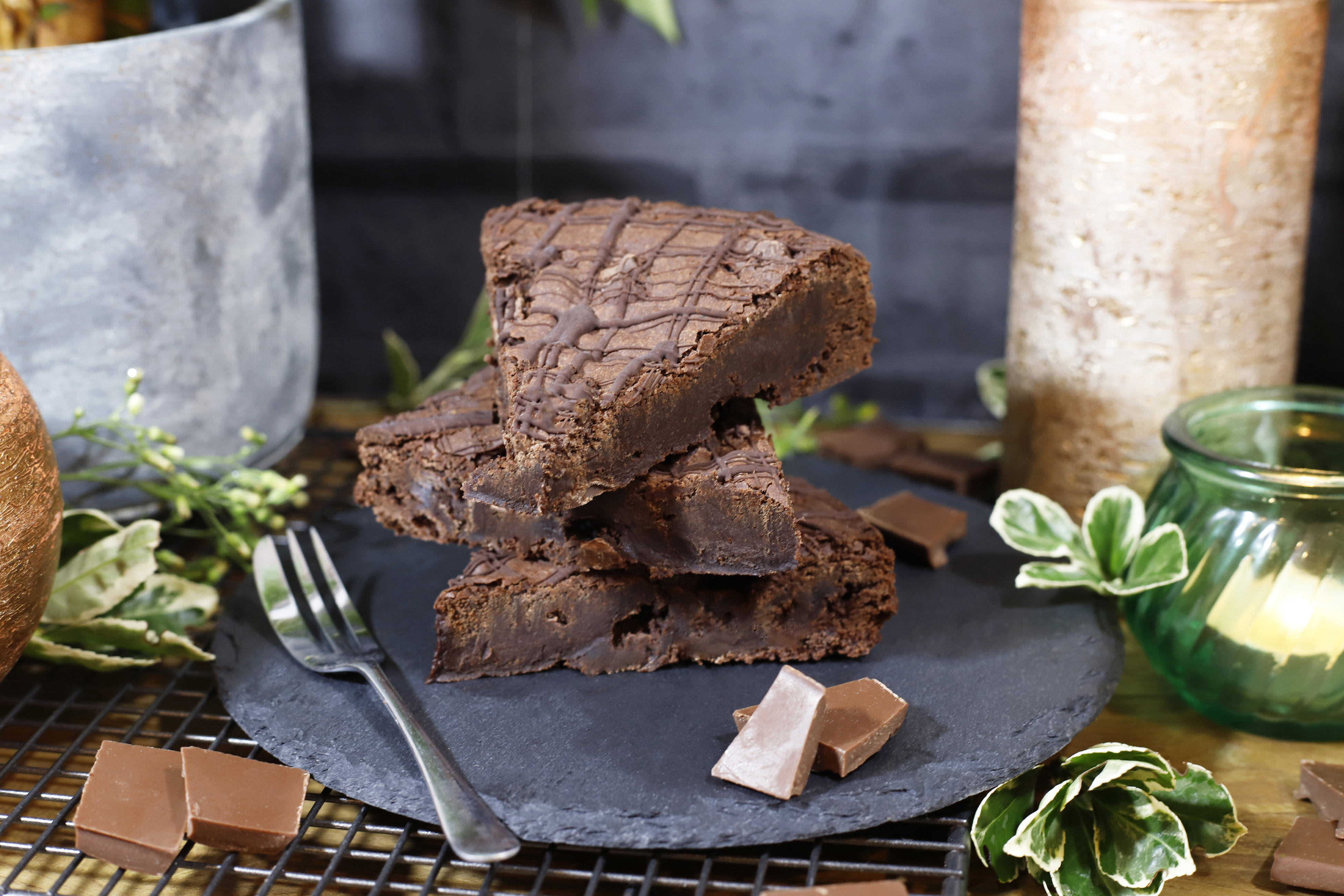 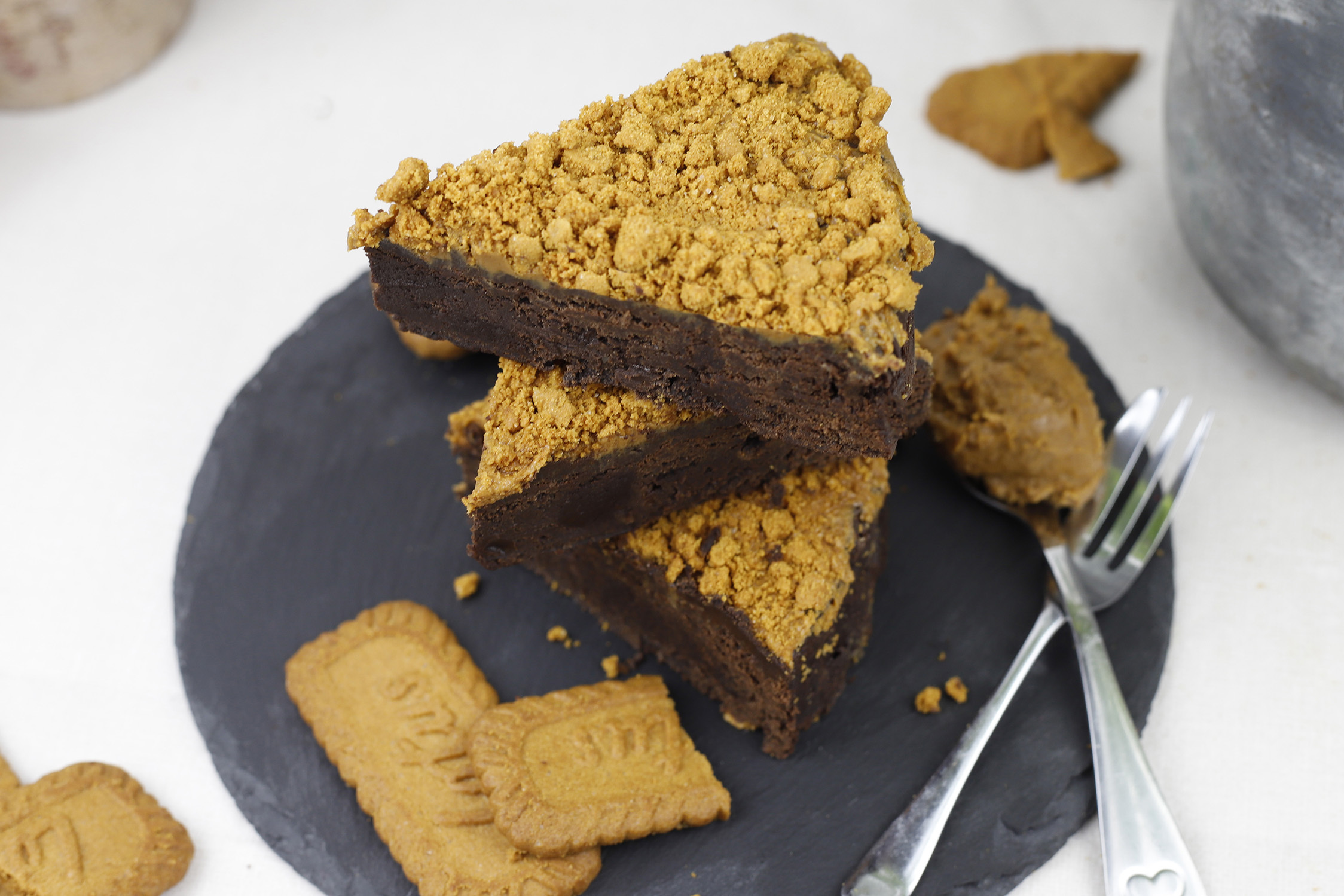 Vegan Speculoos Biscoff Brownie - Our Vegan Biscoff Brownie is full of sugar and spice and all things nice! A delicious vegan chocolate brownie - gloriously gooey in the middle with vegan chocolate chunks running throughout, topped with a generous layer of biscoff spread and then covered with a crunchy biscoff crumb. Chocolate and biscoff work perfectly together giving the vegan brownies a dark caramel flavour with hints of cinnamon and other spices. Pure bliss. 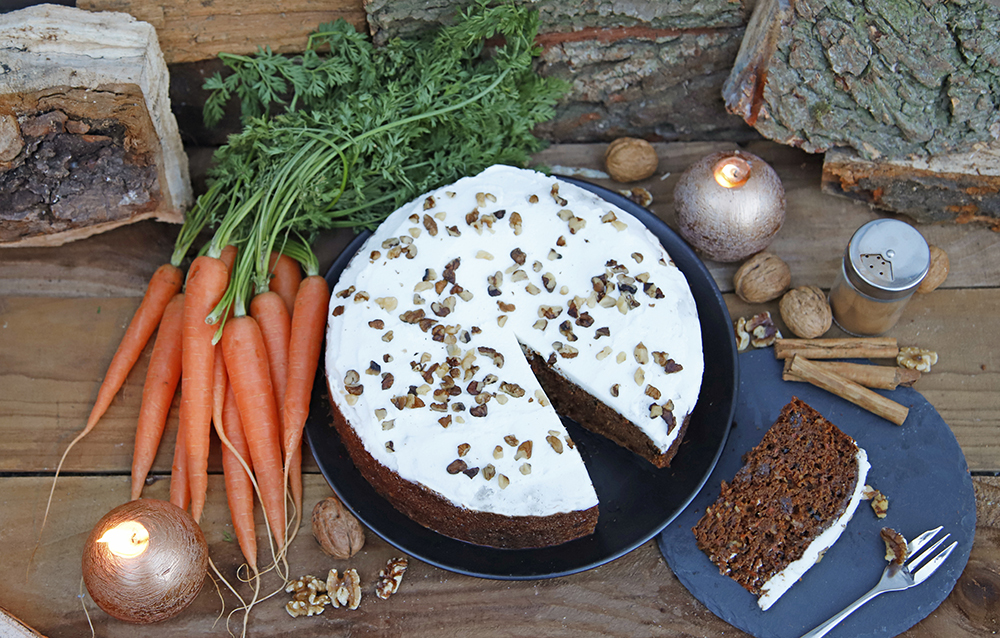 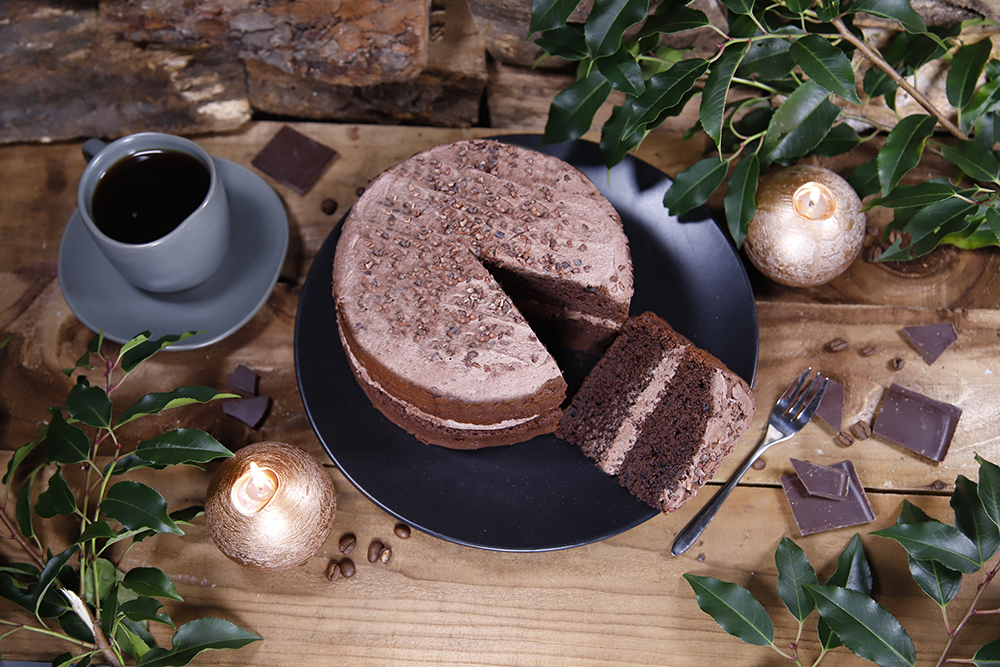 Vegan Chocolate Cake - Soya milk, chocolate and vegan butter create our delicious and indulgent vegan chocolate sponge. Our secret ingredient is coffee which really brings out the chocolate flavour! Nibbed cocoa pieces are sprinkled on top give some added crunch. 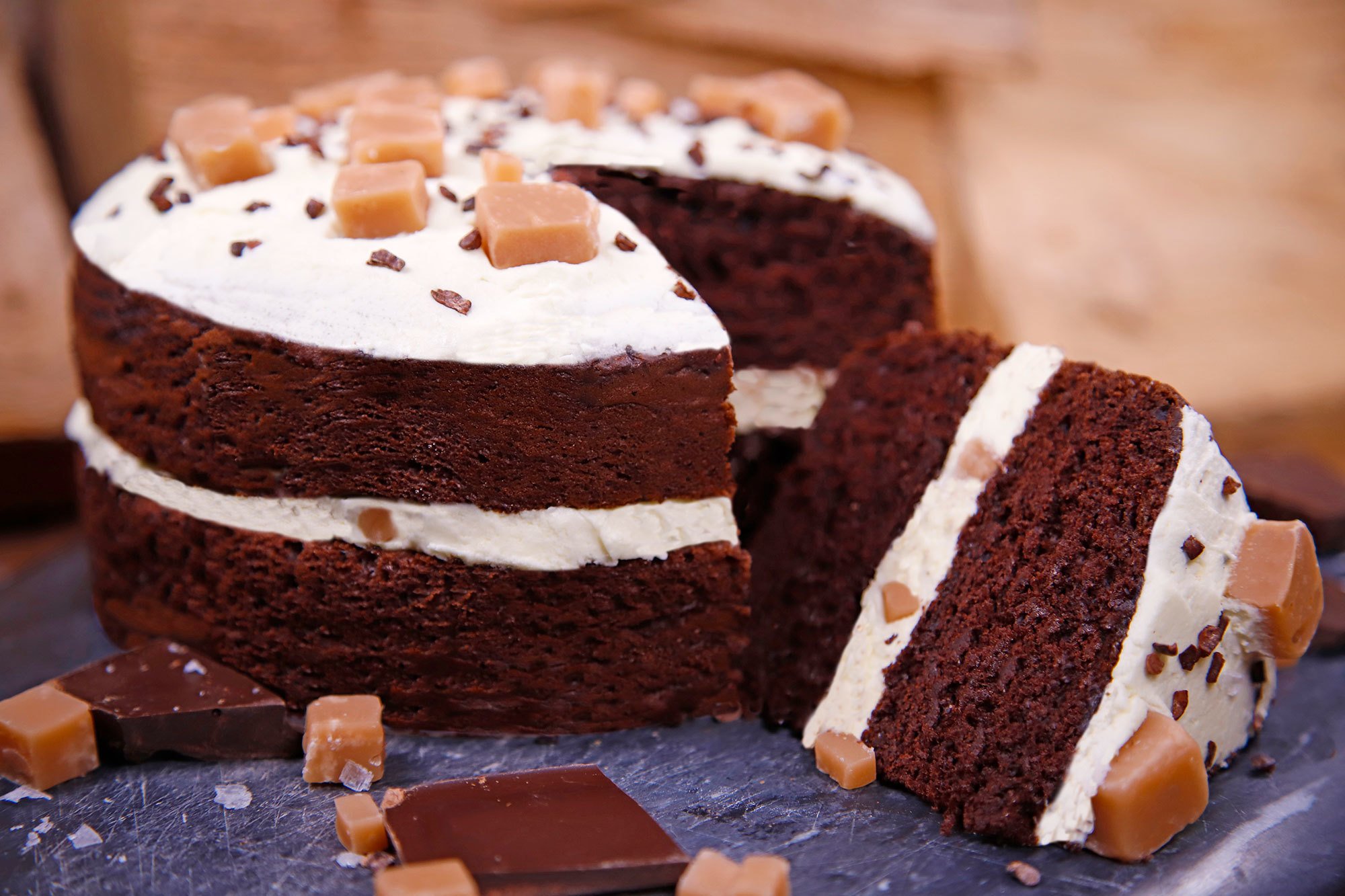 Vegan Chocolate Caramel Fudge Cake - Our Vegan Chocolate Caramel Fudge Cake has a deliciously moist chocolate sponge which is sandwiched together with lashings of caramel flavoured buttercream and chunks of vegan vanilla fudge. On top you will find more caramel buttercream finished off with more chunks of delicious salted caramel fudge and a sprinkling of cocoa nibs. Fudge, caramel and chocolate are a match made in heaven! 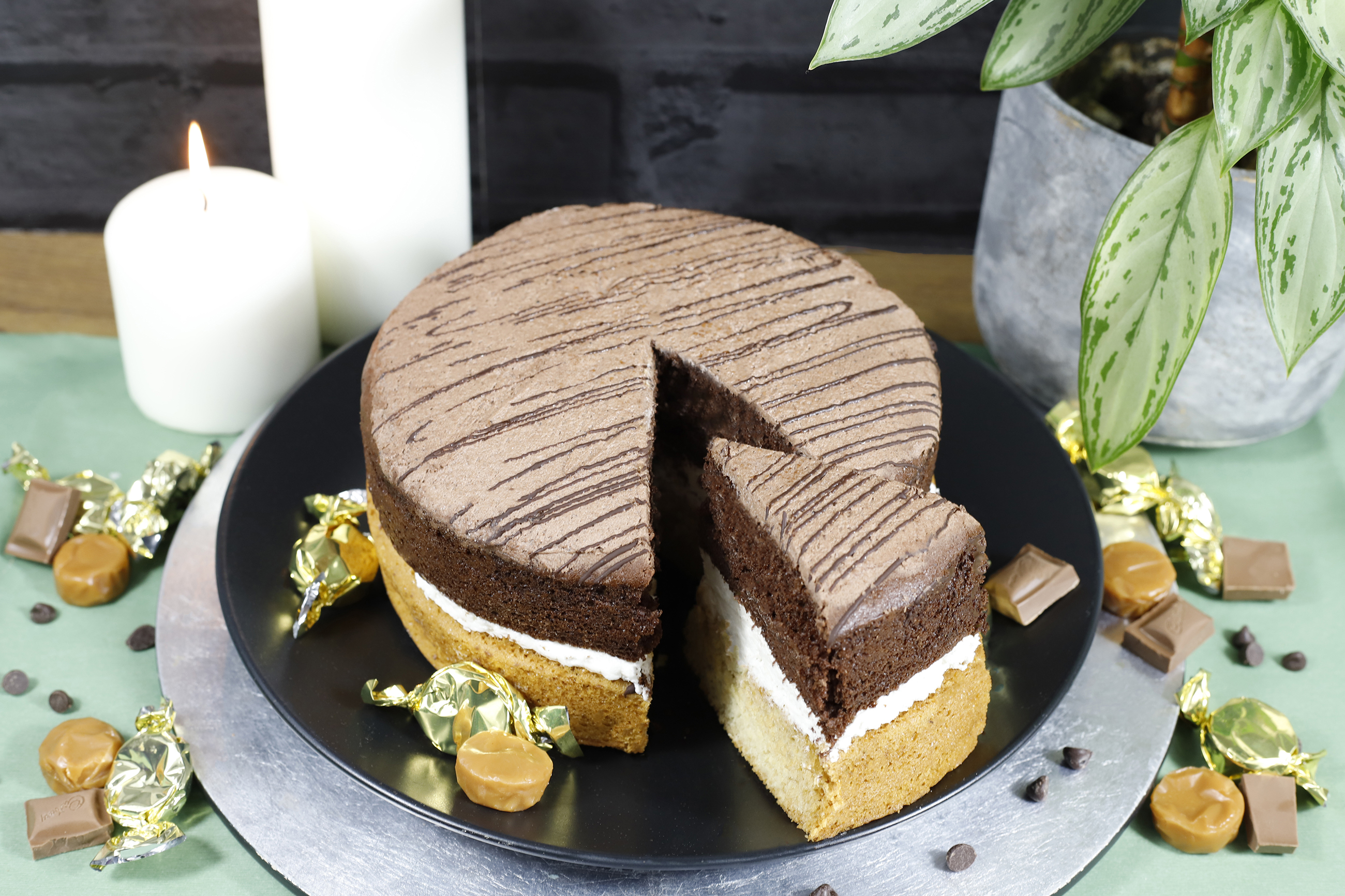 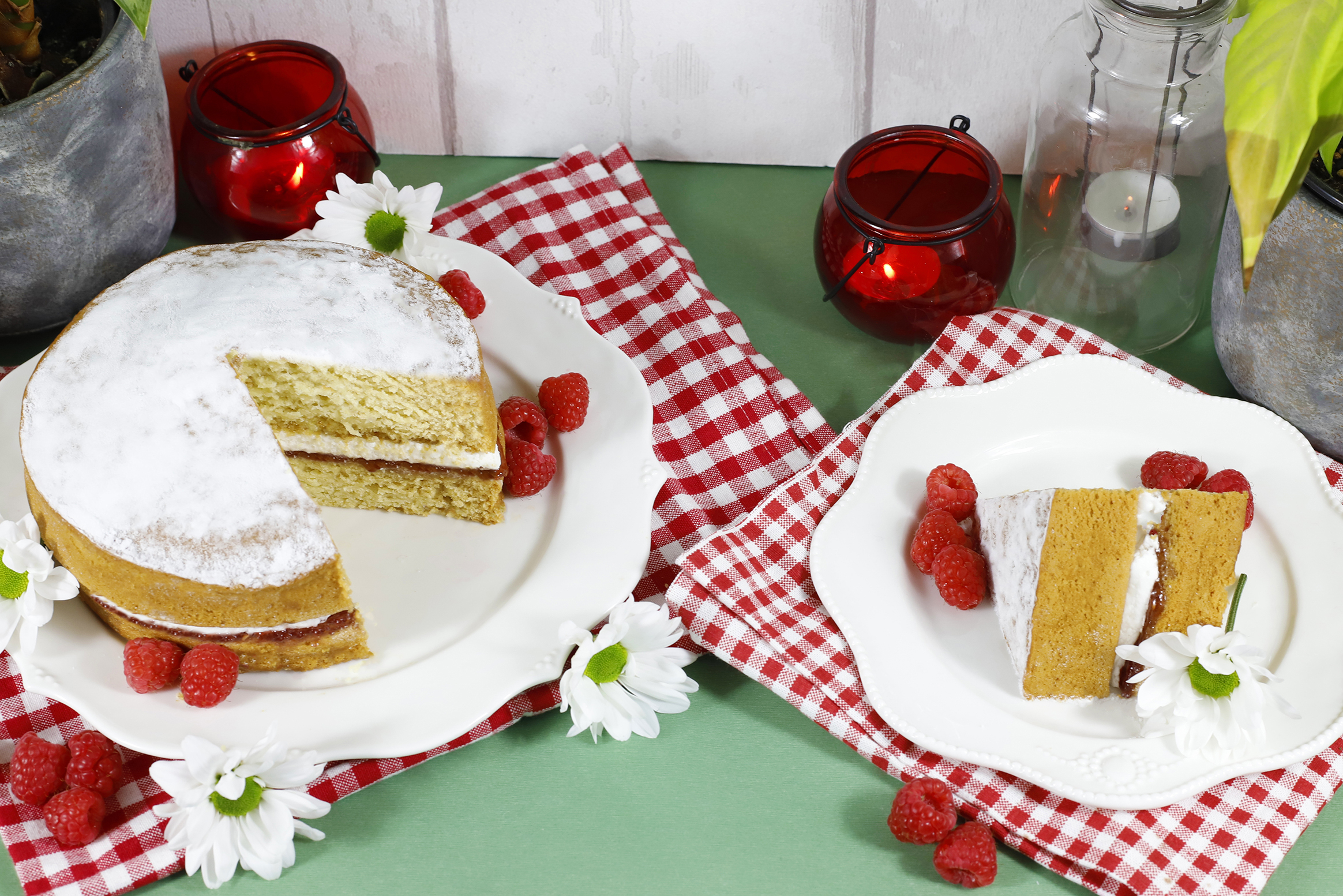 Vegan Victoria Cake - Our new Vegan Victoria sponge is here! We've been working really hard on this over the last few months as we wanted to get it just right. A delicious vegan and dairy free Victoria sponge cake sandwiched together with crushed raspberry jam and vegan vanilla icing. Dusted on top with icing sugar. Perfect for all ages and occasions.

To redeem this offer simply log in to your club account and add it to your basket - the discount will be applied at the checkout! 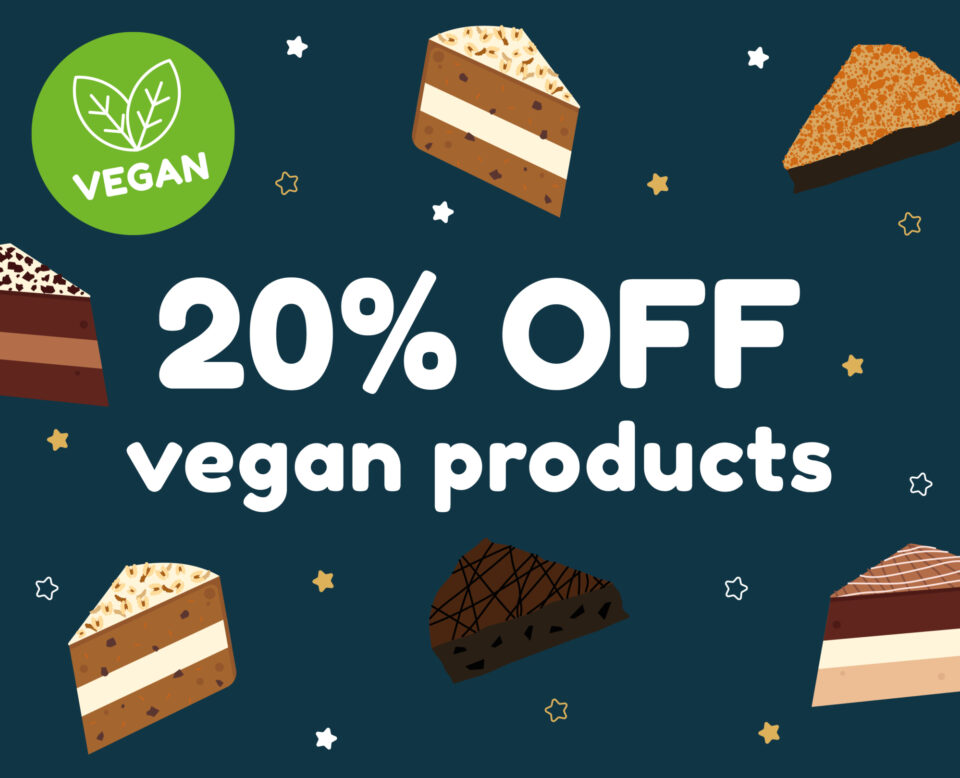 Love cake but not a club member? Sign up for our Sponge Club today! For just £2.99 per month or £33 for the whole year, you’ll get access to exclusive club offers and discounts. You’ll also be able to take advantage of 52 free deliveries a year, monthly perks, discounts on personalisation, and more.