How To Make The Perfect Victoria Sponge Cake

Making the perfect Victoria Sponge Cake can sometimes be a bit daunting but we think we've cracked it ;)﻿

It's an absolute classic and is one of our most popular flavours! It's all about the measuring and quality ingredients. Take a look at how we make our below and our sought after baking tips...

Firstly we crack our local free range eggs into a bowl. We then measure out equal quantities of a premium margarine and British sugar. The margarine and sugar go into the mixing bowl and the mixer is started at a low speed. Once they have been gently mixed together, the mixer speed is increased and continued until the mixture is light and fluffy. We then turn the mixer down to a low speed and slowly add the free range eggs.

Then gradually add the same quantity of British self raising flour as margarine and sugar to the mix, and continue mixing until the flour is fully mixed in. Stop the mixer and scrap down the bowl. Mix for another minute and add the natural vanilla flavouring to the mixture. Stop the mixer and scrap the sides of the bowl again. Mix for another 30 seconds and then the mix should be ready to deposit into the tins. Lightly grease the tins before putting the sponge batter in. A consistent amount of sponge batter should be measured into the tins to ensure all the sponges are baked to perfection.

The tins then go on to trays and these trays go onto a rack. The rack is now ready to go into to the oven. The oven is set at 180 degrees centigrade and the baking time is between 30-40 minutes, depending on the size of the tins. The gas oven has burners the full length of the oven & the rack continually rotates during the bake. This guarantees there are no hot or cold spots in the oven, which ensures every sponge is baked to perfection. When the sponges are fully baked, the rack is taken out of the oven and the sponges are allowed to cool.

As soon as the tins can be handled, the sponges are knocked out of their tins and put onto silicone paper and back on to their trays. The sponges are now ready to be filled with raspberry jam and butter icing. 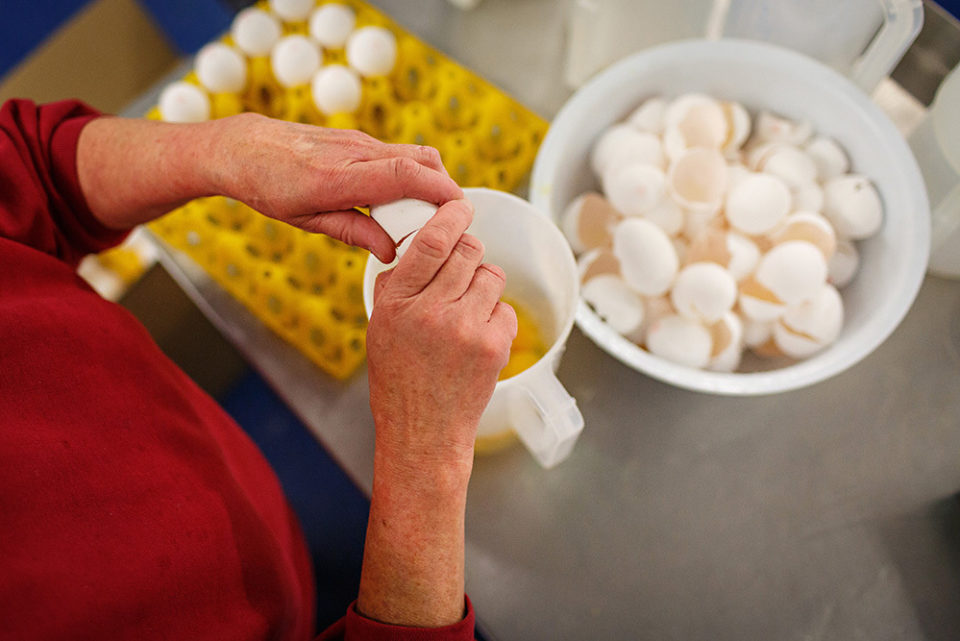 A sponge base is taken and turned upside down so the flat base of the sponge is facing upwards. A generous amount of quality seeded Raspberry jam is then spread across the flat base of the sponge. The fresh, handmade butter icing is weighed out and spread evenly on top of the jam. Another sponge base, top facing upwards, is taken and put on top of the base with jam and butter icing. A light dusting of icing sugar on top & “Sponge’s” Victoria sponge is ready to be enjoyed. 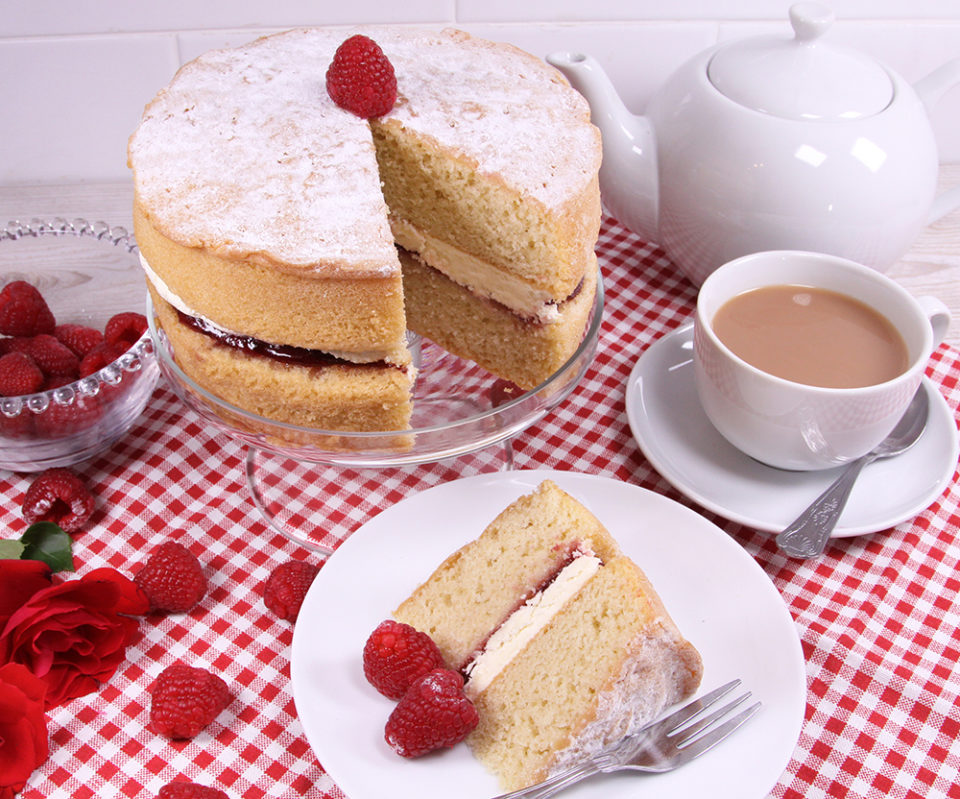